Details are now available for the 2020 Reading Branch AGM, being held at St John’s, Mortimer on February 8th.

Coffee and biscuits will be served from 9.40am, with the meeting begining at 10am.

The agenda can be found here: Reading Branch AGM Agenda 2020. 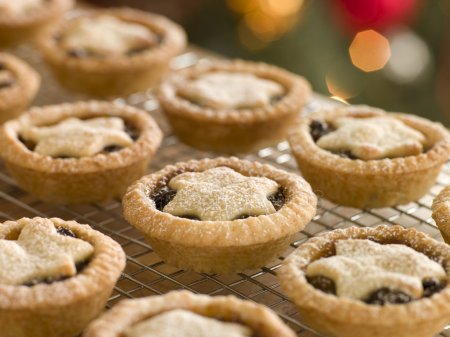 It’s coming up to that time of the month where we all get to venture to a different tower to ring with ringers from around the branch. December sees us head to St Giles, Reading. This feels like it is almost becoming tradition, and with a slightly later start (10.30), there will be mince pies, tea and coffee available from 10am at the back of the church! So why not head down early, grab a hot drink and mince pie to help you warm up for a good old ring?

Reading ringers have once again had success at a Guild striking competition – this time at the 10-Bell!

There is plenty of ringing to be had between now and Christmas. See the poster below for more details, or take a look at the branch diary.

It was good to see four young ringers in the competition. Congratulations to Tom Sherwood, who rang the tenor in the winning team, to Jennifer Ellis, who rang for St Giles 2, to Daniel Page, who rang for Caversham, and to Joseph Barrett, who rang for St Giles 1.
St Mary, Purley, was a lovely setting for the competition, and the weather was perfect for sitting in the sunshine, while the church bells rang out. Many thanks to the Purley band, who served morning coffee with a splendid selection of delicious cakes and biscuits.
See below for photos of the six teams, their score, the position in which they rang, and some of the comments by Judge Steve Smith – who was thanked by Branch Chairman Giles Winter. St Giles 1 rang Call Changes, and the other five teams rang doubles.

It was fantastic to see two teams from the Reading Branch taking part, as well as having representation from the branch in the ODG Youth team.

As we approach the end of the year, thoughts turn with huge excitement to the Branch AGM!

I am delighted to say that Henley have agreed to host us this year so the meeting will be held in the beautiful Chantry House, the only Grade I listed building in Henley.

In advance of the meeting, please note the following points:-

With many thanks and best wishes for Christmas and the New Year,

The competition judges were John and Hilda Ridley, and the faults for each team were as follows:

So, a  resounding  win for Reading!  Many congratulations to the team:

The judges said that Reading had the slowest pull-off of the day but quickly settled into some very good ringing – slightly slower than the rest of the teams but very consistent and a pleasure to listen to.  They rang Plain Bob and Little Bob Royal.

The Reading team had representatives from four towers:  Caversham, Reading (St Mary & St Laurence), Shiplake and Tilehurst.  Special congratulations to Tom Sherwood, aged 15, who was ringing in the 10-bell competition for the first time.    The last time Reading won, in 2016, his sister Anna was in the team.  In 2017 Reading was disqualified because of a miscall – but the judges were complimentary about the ringing.