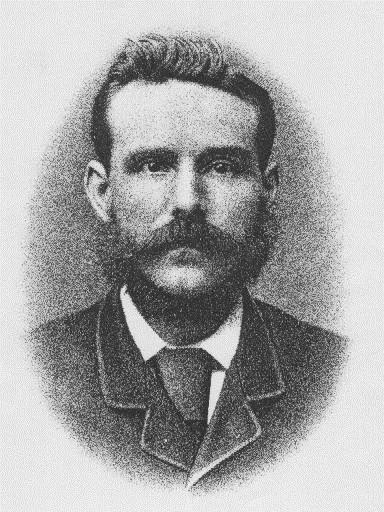 Joseph John Parker was born on March 7, 1853 in Horton, Bucks, near the banks of the river Colne. He received his early education in Horton, moving to Salt Hill, Slough when he was fifteen. He was a boot and shoe-maker so he may have moved to Salt Hill to take up an apprenticeship. In 1870 he moved to Farnham Royal, where he remained for the rest of his life.1

He married Annie Emma Willis from Eton on April 25, 1875,2 at St Mary, Farnham Royal, where he was a member of the choir. She was eight years older than Joseph. Over the next few years they had four children, two boys and two girls.

Initially they lived over the shop in the village square where Joseph carried out his boot and shoe repairs. After about seventeen years he took over the house next door and turned it into the post office, becoming the local postmaster. He and Annie lived here for 14 years until Joseph had a nervous breakdown and they retired to Ellesmere in Stoke Poges Lane.

Annie died on June 18, 1929 aged 84 and J J nearly followed her a few days later when he was knocked down by a car whilst cycling in the village. She was buried in plot no 291 (Section E) in Farnham Royal churchyard near the north-east corner of the vestry door. Her family placed a stone kerb around the grave in her memory inscribed:
In loving memory of Annie Emma Parker who died June 18 1929 aged 84 years.

A course of Grandsire Triples was rung over his grave by William H Fussell, William Welling, George Martin and Leonard Stilwell. The handbells used were an old set, well over a hundred years old, with boxwood clappers. A quarter peal taken from the Twelve Part was called by William Welling after the committal. As the report in the Ringing World put it, “it was a requiem from his own creation.” 3

Their elder daughter died whilst young but their second daughter, Fanny, born in 1879 lived with them and remained single. She died in 1960 aged 81 and was buried in the family grave with her father and mother. An inscription was added: In memory of Fanny Parker 1879-1960.

Their two sons, Joseph and Algernon, both learned to ring, Joseph becoming a member of the Oxford Guild in 1892.4

Their other son, Algernon, was much younger, born about 1894. He became a member of the Guild in 1908 and rang four peals, two in 1910 and two in 1911. His last ringing seems to have been at Farnham Royal in 1923.5 During the first world war he served as a Lieutenant in France. He was married, with two daughters, both of whom learnt to ring.

Returning to the year 1867, the church and tower of St Mary’s, Farnham Royal were pulled down in this year. The church was rebuilt the following year, although it was 1876 before the tower was completed.6 The six bells were removed from the tower before it was pulled down; Mears & Stainbank rehung them in 1876, recasting two of them. However, they did not recast the treble which was also cracked – supposedly dropped by an errant workman when removing it from the tower! The fifth also was regarded as tuneless owing to a small crack.

When the bells were rehung the Rector, Revd S F Marshall, approached Joseph together with the village schoolmaster, Mr E Batten, to form a new band of ringers. This they did and rang rounds and call-changes with gusto until Joseph became acquainted with the Maidenhead ringers who suggested that the band could do something better and persuaded them to take up change ringing. This resulted in the dissolution of the band and the formation of a new one. In 1880 Joseph composed and conducted his first 720. He had, incidentally, composed his first 720 of Grandsire Minor before he could handle a bell!7

What sort of man was Joseph Parker? William Welling, of Old Windsor rang with him frequently and described him as a quiet, genial kind of man, very fond of a joke. He seemed to have an inexhaustible supply of tales and when he was persuaded to “put one over”, his eyes would twinkle and he would chuckle away.

He did most of his serious ringing before the first World War. He worked very hard, cycling around the district on dark and muddy roads, helping and instructing bands in methods up to Kent Treble Bob. The standard in the area was not very high and he had little chance of practising more complex methods himself until a few years before the war when George Martin from Maidenhead started up a series of practices at Burnham. Here he learned and rang a few peals of Double Norwich, Superlative and Cambridge Surprise Major.

He was an Oxford Guild instructor from its formation until 1925 when he retired from teaching. In 1926 in acknowledgement of his services he was elected one of the first Guild vice-presidents. He continued to ring until he was 81, when ill-health and the increasing infirmity of age kept him out of the belfry. However, he sustained his interest in ringing until the end of his life.8

Besides ringing, his other hobbies were bee-keeping and music. He was a natural musician. He sang as a tenor in the church choir for 40 years and played the violin and English concertina. Consequently, he was in great demand at concerts in neighbouring parishes for his singing and playing as well as for his solo handbell ringing.

He also invented a type of musical instrument all of his own. He took the inside out of an old harmonium and converted it to strike on a whole series of shoemakers’ rasps. It was placed in an exhibition which was visited by Queen Victoria. She became interested in it, asked for a demonstration and the inventor was called in to play!9

He was active in village life. Besides being the postmaster he was also in charge of the village fire appliances. When Parish Councils were first formed he was elected a member, a post he retained until he was 80.

Perhaps the last word should go to John Goldsmith, editor of The Ringing World, who in his editorial for December 31, 1937, wrote:

“Joseph J Parker’s main work for the advancement of ringing was done more than a generation ago. The results of those efforts are perhaps today taken for granted but in those somewhat now distant years, they were only achieved by patience and diligence. Mr Parker was contemporary in his work with other great figures in the Exercise, men who left their mark on the art but in his particular sphere of investigation he had no superior.”